The top border motifs on each of the panels generally relate to the production and performance of the 2010 Axbridge Pageant. The repeat motifs throughout the border draws upon the style of the Bayeux Tapestry upon which these panels are based.

Top Border Motifs from left to right continued. The church bells ringing at the start of the performance. Sand bags representing the sand that covered the entire town square for the performance. And finally, the streaker that ran through the performance on one of the days!

This depicts a Roman burial procession along a Roman road lined with tombstones. Two masked mourners, hired for the occasion, accompany the procession. The backdrop shows the outline of the Mendip Hills overlooking Axbridge with the River Axe flowing beneath these hills. 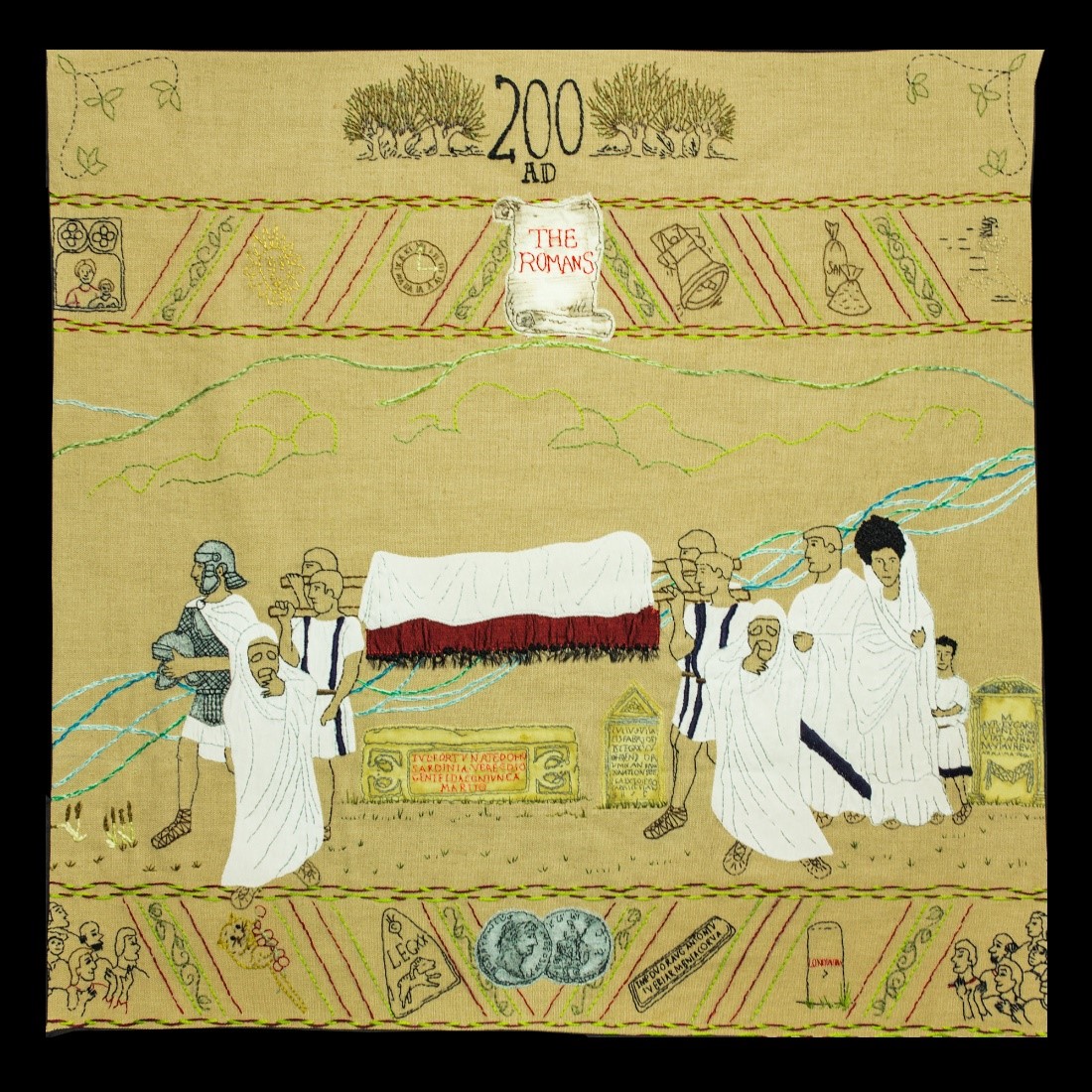 The bottom border motifs on each of the panels generally relate to the historical period of each scene. The far left and right motifs represent the audience watching the performance. They appear on all but one of the panels.

The Crowd - A dormouse, a local mammal. The edible dormouse was eaten by Romans as a delicacy. The badge and standard of the Roman XX Legion Roman coin of the Emperor Hadrian with Britannia on the reverse.

Roman lead pig, with reference to the Roman lead mine at Charterhouse on the Mendip Hills. A Roman Milestone showing the way east to the Roman capital Londinium.

The Crowd. The Axbridge Pageant is an episodic portrayal of the towns history. The Middle of each panel shows the portrayal of that scene. Also, you will notice that the background to the scenes start quite sparse but as the scenes progress through history they fill up.