The Axbridge Pageant is set to take place at 3pm daily over the Bank Holiday Weekend, Saturday-Monday, August 27-29. 2022.

You can also donate to the pageant --- especially popular for those who cannot make it to the event this year --- via Just Giving. To donate to the pageant at Just Giving visit https://tinyurl.com/2p8dk7j9 If you are interested in being part of the town's most exciting and creative event either in the cast or behind the scenes, please contact the producer and production manager John Kendall on 01934 732103 or 07770 998731 or email John at jk_axbridge@yahoo.co.uk

For more news, features and photos on the pageant visit http://axbridgepageant.com/

The Axbridge Pageant's lead sponsor is Enable of Axbridge, promotional and marketing. For details visit https://www.enablepm.com/ 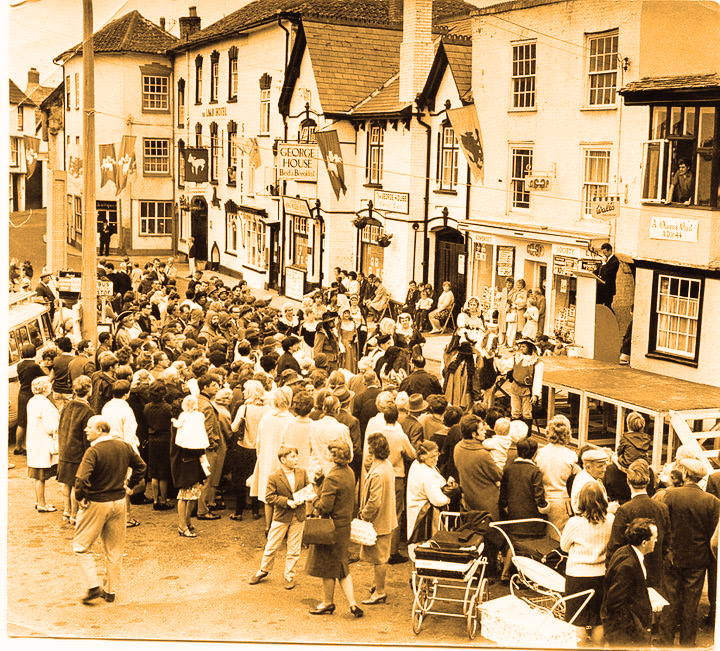 How the Pageant happened back in the day

In the 1960s the Cheddar Valley Railway (often known as The Strawberry Line) was finally closed after almost a century of use. The railway had taken Axbridge's people and produce out into the wider world. It had been an escape to the seaside, to the shops of Wells and a means of getting to work for generations of workers. And it had placed the valley's famous strawberries onto teatime tables from Scotland to Cornwall.

Then the age of steam had come to an end, and the motorcar was now king.

At the time Axbridge was a bottleneck for traffic with its narrow streets -- with no alternative route. When the Axbridge bypass opened in 1967, heavy traffic ceased to pour down the High Street and through the Square. The traffic jams had been legendary with long tailbacks to Cheddar in one direction and Cross in the other.

Crowds would gather outside the Lamb Inn to witness the chaos as lorries and buses backed up in order to squeeze past the medieval houses.

Peace descended as the traffic roared past on the new road that ran along the old railway embankment -- and the town was able to breath a sigh of relief. To celebrate, the community held a pageant in the Square with hundreds of residents embracing their inner Roman, Tudor and Victorian personas. 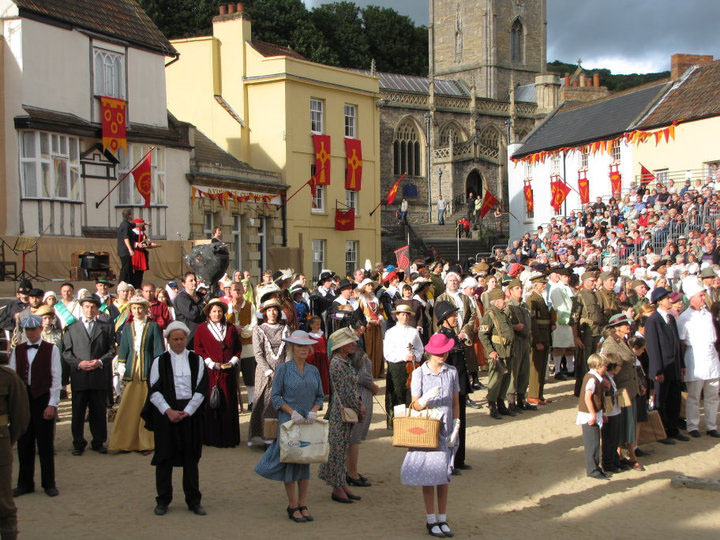 The two hour long drama immortalised the community's history in a moving tableau representing many of the town's key moments in time. From the era of the Roman Empire to Queen Victoria, the charters, fairs and personalities were brought to life by ordinary members of the public.

It was a huge success prompting further pageants in 1970, 1980, 1990, 2000 and 2010. Each time the Square was turned into a vast arena and stage -- to portray the long and extraordinary story of the town through drama, spectacle and pageantry. 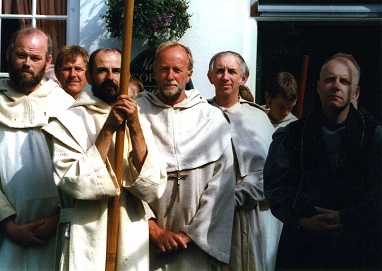 The Pageant's programme will have a history of the town including its religious heritage enshrined in the parish church The church of St John the Baptist above the Square dates to the late 13th century but there was almost certainly a wooden Saxon church before it. The church chose as its icon the Lamb of God which was combined with the cross of St George to give the town its symbol -- and the name of the pub.

When Christianity arrived most people couldn't read or write so to bring to life the Bible stories the church had brightly painted frescoes applied to the walls inside the church and residents performed the Mystery Plays that allowed ordinary people to act out the Bible stories.

Performed on carts these plays gave a vibrancy to some of the best known chapters of the Bible. From Adam and Eve to the Nativity and from Cain and Abel to the Crucifixion they were immensely popular -- until the Church establishment felt they had become too dramatic and banned them.

Axbridge has its own link to early Christendom and even a miracle. Let the Chronicler take up the story:

"A certain wood covers a mountain of great height, which being separated at its summit and exhibits to the spectator an immense precipice and horrid abyss, called by the local people Cheddar Clyff.

"When therefore the King was chasing the flying stag hither and thither, the stag, on coming to the chasm broken in the mountain rushed into and being dashed to pieces, perished.

"Similar ruin overtook the pursuing hounds. The horse too, on which the king was riding, having unbroken its reins and becoming unmanageable, carries the King after the animals. The abyss, lying open before him, threatens the King with instant death. He trembles and is in great distress.

"Meanwhile his recent injustice to Dunstan comes to his mind: he bewails it and instantly promises God, with an unspoken vow, that if only God would avert the death, which deservedly threatened him, it should be speedily remedied with manifold recompense.

"God, immediately hearing the repentance of his heart took pity on him, inasmuch as the horse immediately stopped short and King, delivered from the danger of death, most truly gave thanks to the glory of God from the depths of his soul.

"Then the King returning to his lodging that is to the Borough of Axbridge and being rejoined by his nobles, recounted the course of the things that had happened and commanded Dunstan should be recalled with honour and reverence and thence forth held him to be a faithful friend in all things.

"And Edmund did make amends. He made Dunstan, Abbot of Glastonbury, Archbishop of Canterbury, all due to the miracle that saved King Edmund certain death in Cheddar Gorge." And there we must leave the church. It's back to the story and the arrival of the Normans. 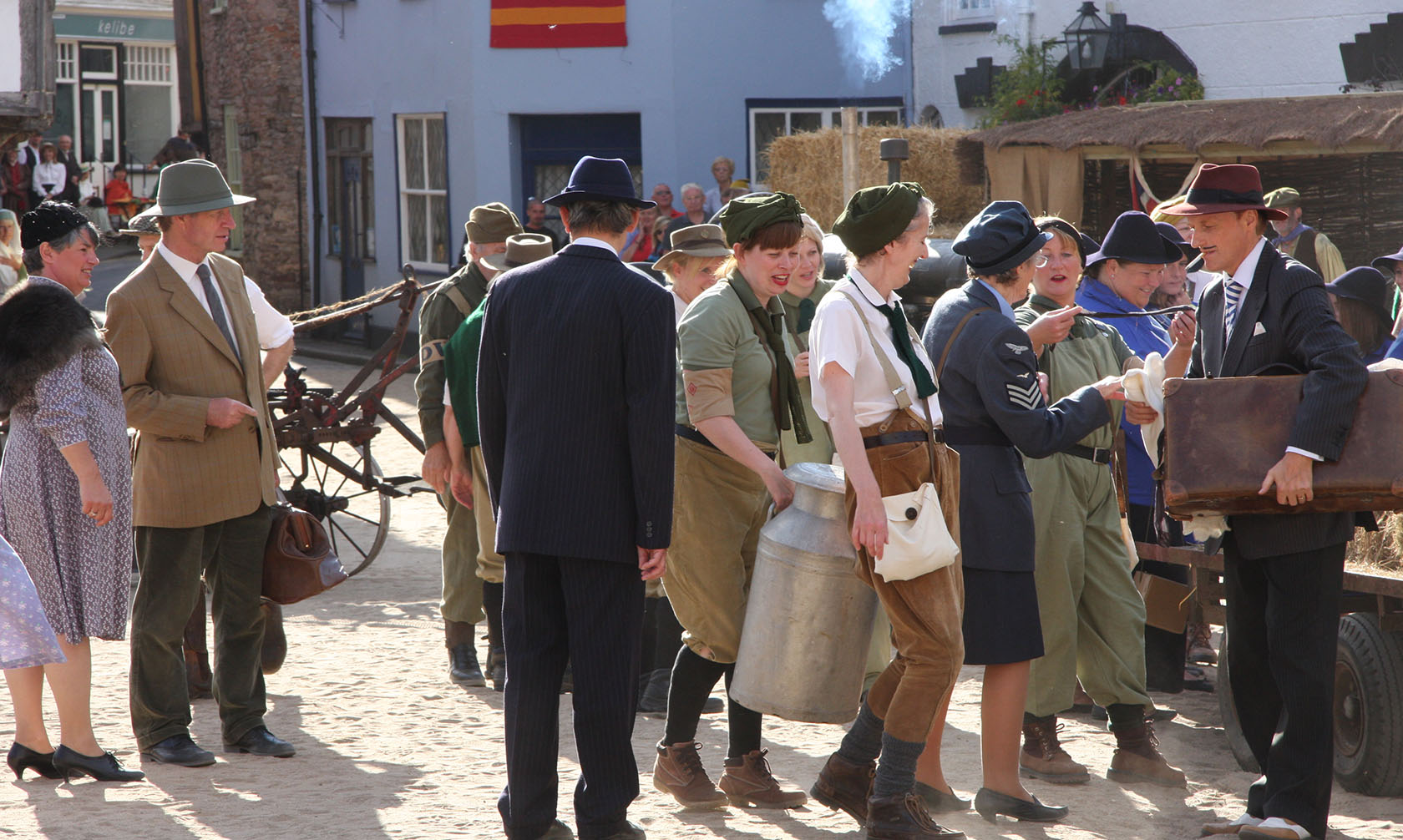 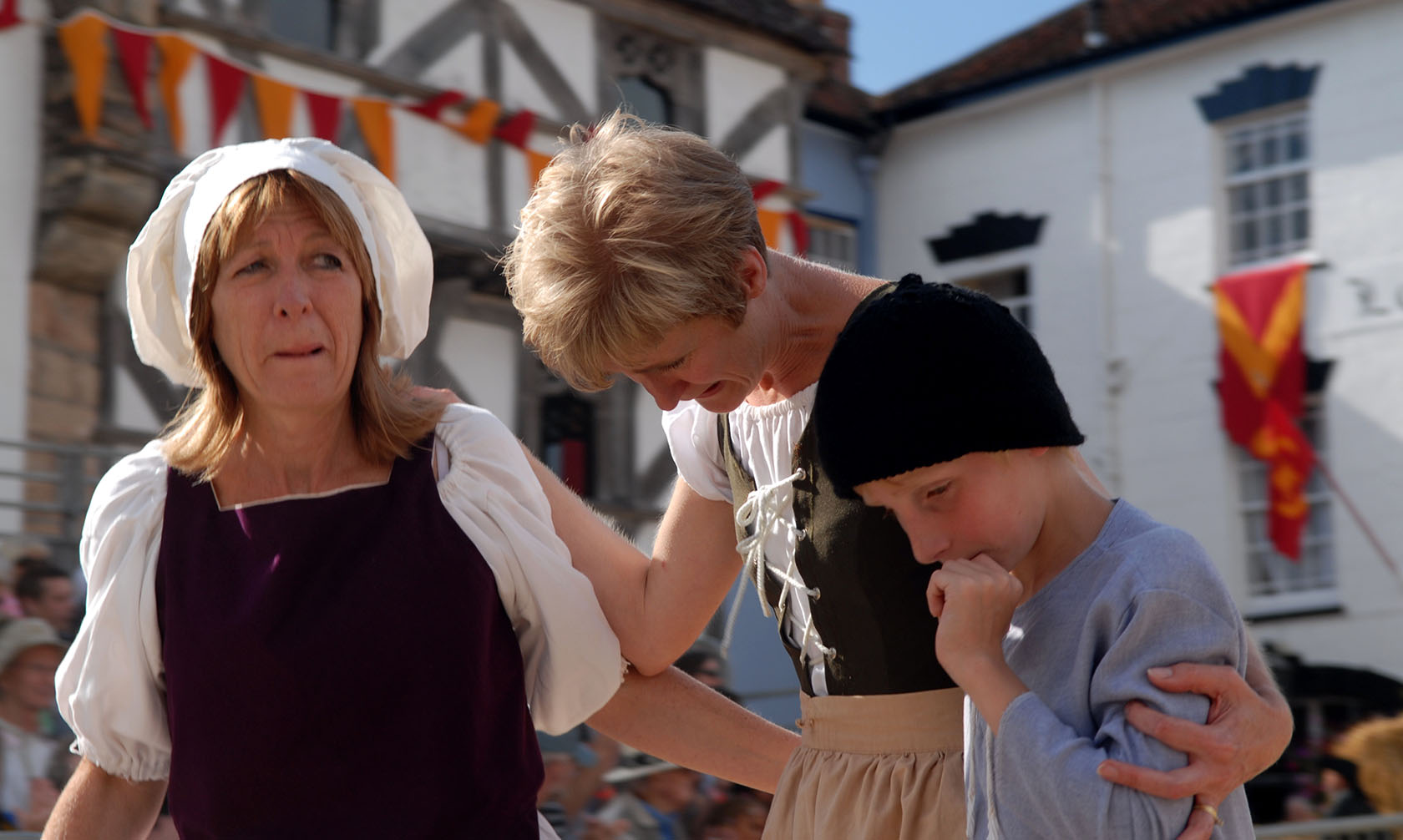 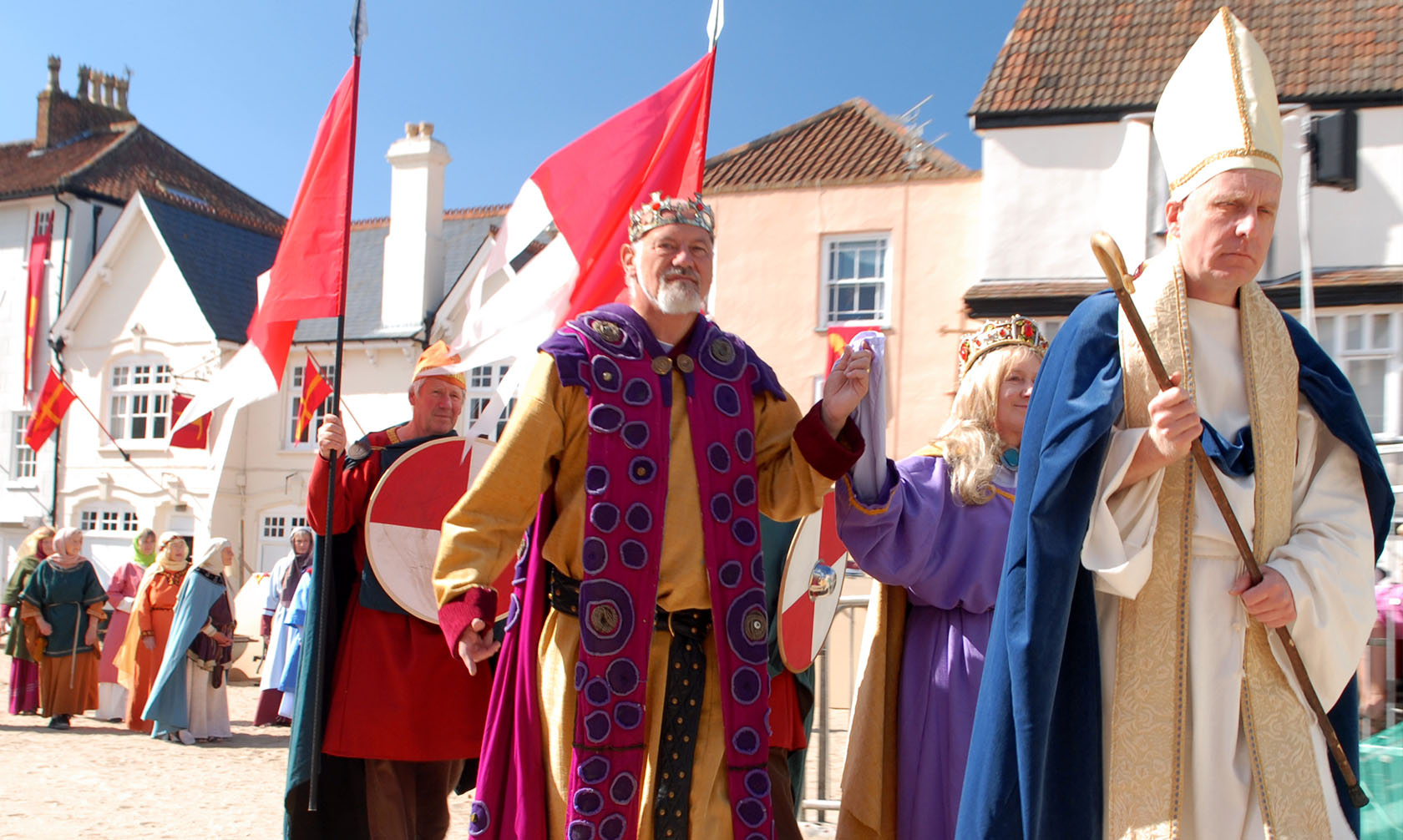